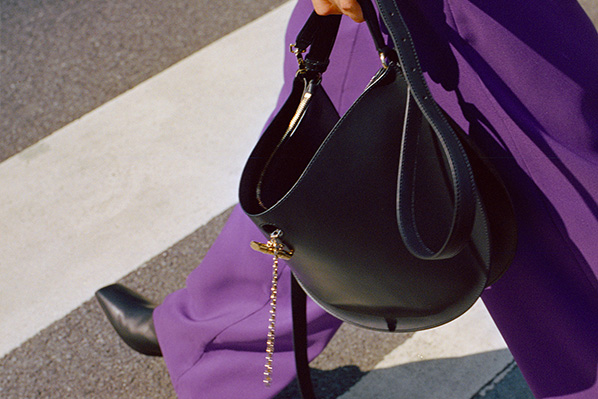 Sign up to our newsletter to hear about our latest arrivals and exclusive offers!

The following charts will help you match the designer's size scheme for this product (indicated in the dropdown) to your usual size.

One of Shanghai Tang's long-standing bestsellers, our iconic Tang jackets are synonymous with the brand itself. Our Chinese Tang jackets are a modern spin on the classic five-button style, crafted from luxe velvet, silk crepe or cashmere knitted fabric, then finished with a mandarin collar and contrast lining which peeks through at the cuff.

The Tang jacket is one of Shanghai Tang's most signature and revered styles and amongst the legendary ranks in Chinese heritage fashion. Originally worn by the upper class towards the end of the Qing dynasty, the Tang jacket is rich with history. Being the Manchu official's surcoat and the Han Chinese hip-length 'ma-hwa' jacket worn over long robes, this stylish frog-buttoned jacket quickly became the standard for formal dressing in the 1940's.

The frog buttons on the Tang jacket, also known as Chinese frog closures, frog fasteners or mandarin buttons, are made of intricately knotted strings, the name 'frog' deriving from the shape of this kind of button evoking two kissing frogs. This ornamental braiding is used to fasten the front of the garment and is a decoration at the same time. By using frog buttons in our collections, Shanghai Tang preserves and adapts this long-standing tradition of ornamental closure.

Our Tang jackets are a modern spin on this iconic Chinese jacket, crafted from a variety of materials including our most famous silk crepe, luxurious velvetas well as more everyday fabrics such as cotton chambray, cotton poplin, felted wool and stretch twill. One of the most iconic features of Shanghai Tang's Tang jackets, along with the mandarin collar and frog buttons, is the thoughtfully paired contrast lining, which is a work of art in its own right. The lining is often made of pure silk or patterned jacquard in contrast colours to the shell, offering a playful pop of colour peeking through at the cuff.

The Shanghai Tang Tang jacket can be easily dressed up or down for any occasion. A pioneer of modern Chinese fashion, Shanghai Tang has reimagined this iconic frog-closure jacket in many different forms and patterns adaptable to everyone and anyone.